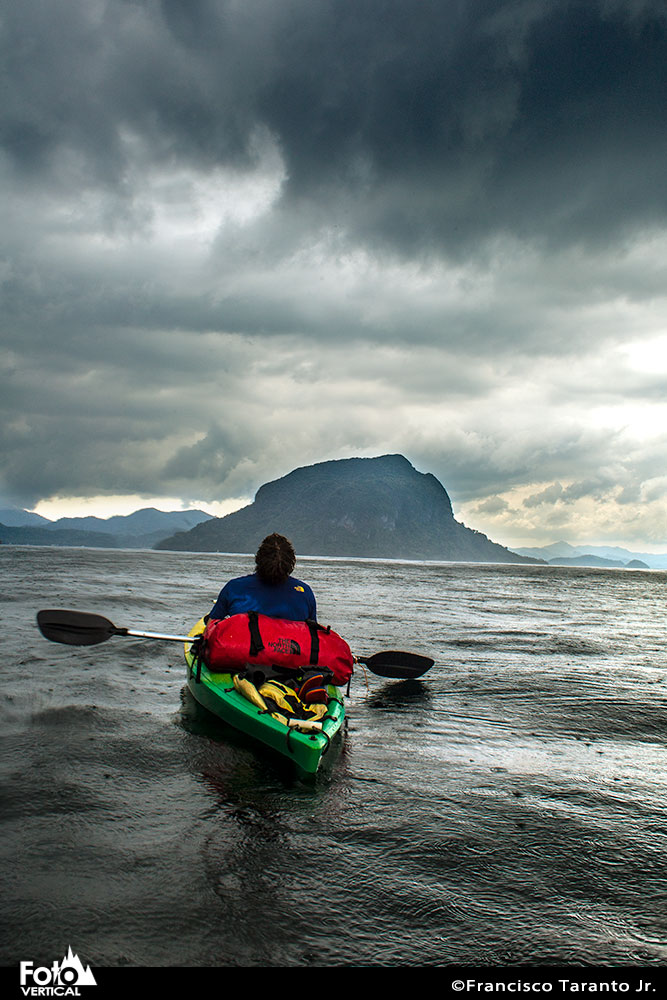 We just came back from 3 days kayaking and camping, climbing the cliffs that inspire us on the different islands of El Nido. It’s 11am, we are back, destroyed. We woke up at 5 am this morning on the beach of one of many beautiful islands, it was still dark, windy and rainy, but we had to leave as the beach is private and the guard only let us stay on the condition that we would leave before dawn.

We had an epic crossing from helicopter island to Cadlao island. It isn’t even 2 kms, but the sea was wild. Waves so big we disappeared in the troughs, paddled like crazy to reach « the black wall ». I would have never believed you could climb this day, with rain coming in, I didn’t believe we could even bring the kayaks close enough to start climbing. But James was stubborn… he jumped off the kayak onto sharp holds, and started climbing. In the end , “the black wall” turned out awesome. One pure line of big holds in a 30 degrees overhang, until 18m, where you reach the lip. Very impressive as well. James made it, chalking and braking the loose rocks, then I followed. I was terrified . 18m is getting really high, and the dark sea didn’t inspire confidence… I didn’t fall, and could climb down on an easy side, until 13m, where I was happy to jump. What a route!
Miele went last. Holds are quite good, but far apart, and you still don’t know if a hold won’t break… No heel hooks allowed that high, falling flat on the back would be a terrible idea. 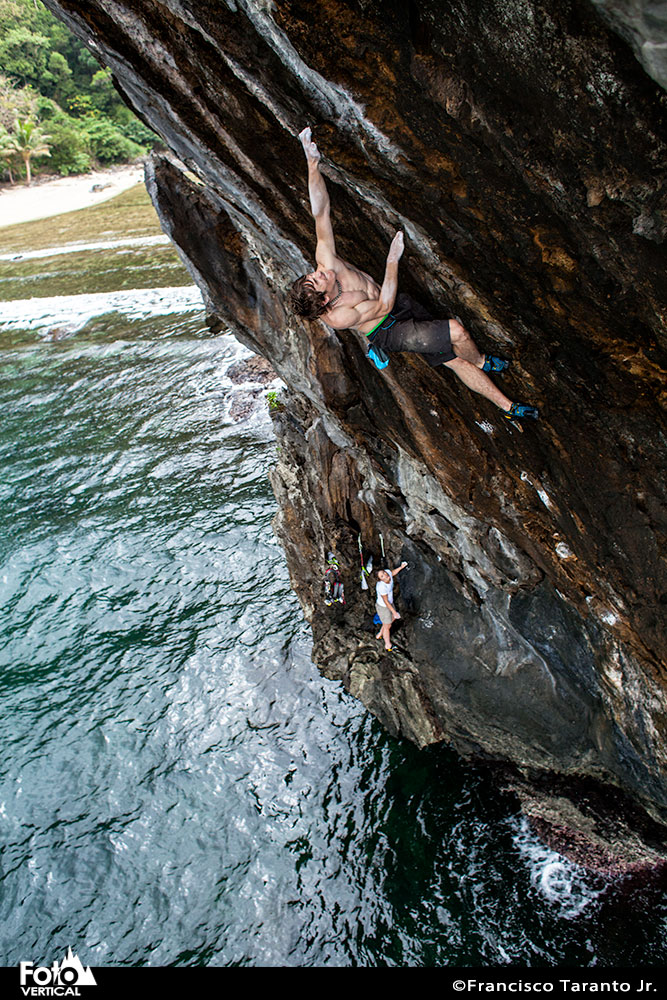 James on the first ascent of “the black wall””

In the 2 previous days, we’ve been kayaking a lot, discovering lines after lines. It is a bit spread out, but the rock is sometimes awesome. Where it is black, it is sharp. I have a very long cut in the hand, and I didn’t notice doing it. Luckily it’s not too deep. And where the rock is more clear, it holds all its promises!!!

Kayaking and climbing is tough. More tough than I expected. I am starting to feel a muscle in my right wrist, this tiny muscle that twists the paddle. Apparently it is one of the few muscles that isn’t commonly used in climbing. Ouch… We’ll see how things go, but so far, Kayaking/climbing is an amazing adventure. 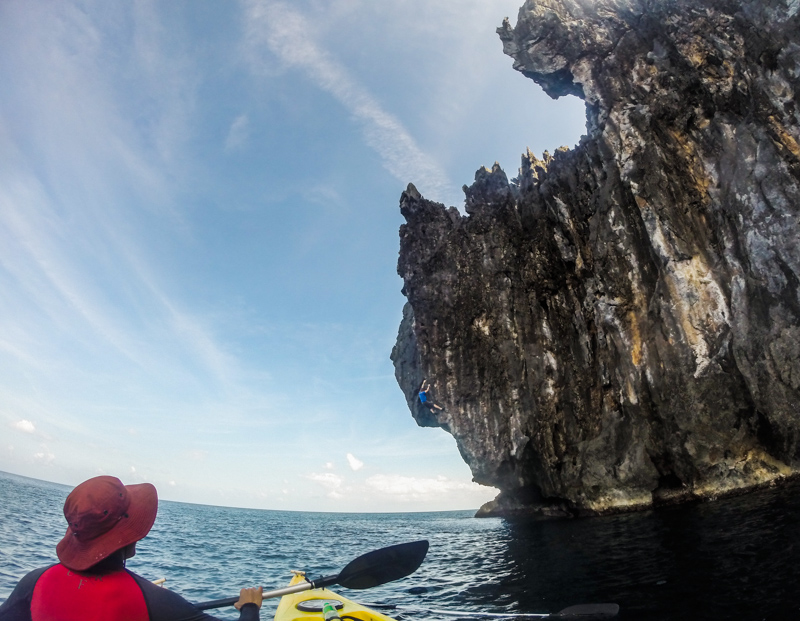 Miele learning the rules on DWS… 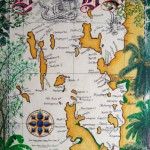 Philippines, first round of explorationsExpedition, Travel 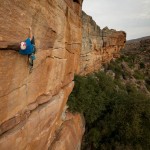