Back to our tracks,

After all, despite the rain that a typhoon has brought us, we are here to climb outdoors at all costs. So we set for our 6 hour trip to Kinkasan. Only half an hour detour… there is Fukushima. Toru wants to go see. If you readers are English climbers, you may remember Toru Nakajima, this Japanese kid who came one summer in the UK, and smashed very bold routes up to E9… in summer, the worst season for performance! He was 15. Tory is 23 now, studies geology, a North Face athlete, and boulders up to 8c, routes up to 9a+ . Toru is coming with us on that trip, and we get to discover slowly the guy behind the grades. 3 days in, and getting to know Toru is one of my little secret goals. So far… I can tell you that he is very clever, speaks good English, and he isn’t that shy after all. But he is Japanese. They don’t talk about feelings, they don’t talk about themselves. If I didn’t know his tick list, I wouldn’t learn if from him, count on that. Toru wanted to see Fukushima. I wouldn’t have dared ask, it would have seemed like misplaced curiousity from my side. But Tory, I feel, has all right to get to see, as it is his country, his people who had to live with that. So we made the 30 minute detour to Fukushima. 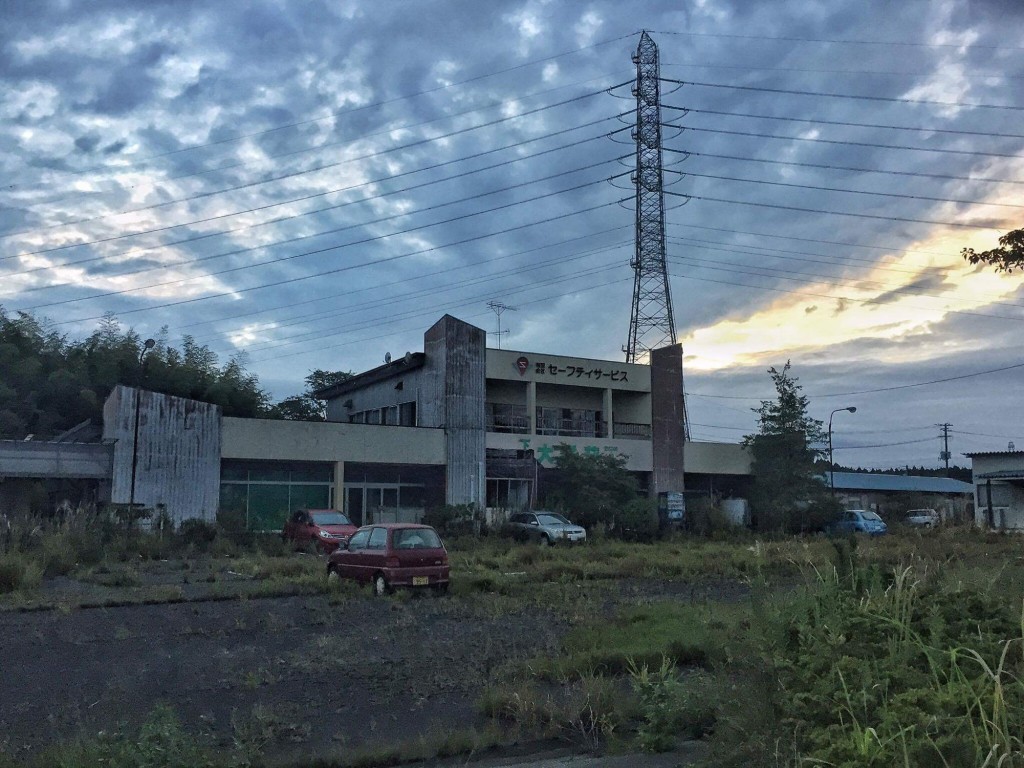 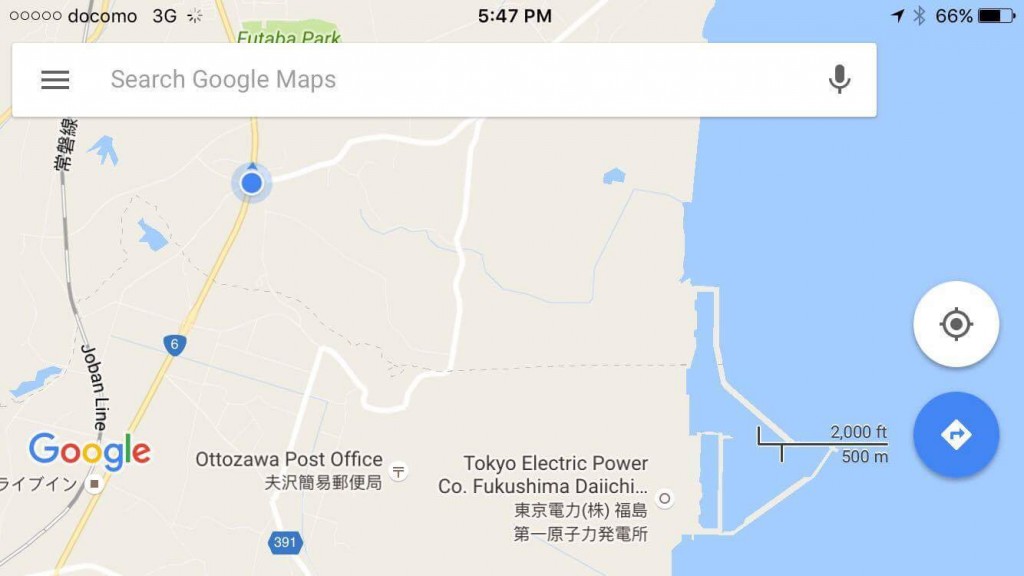 Fukushima and the abandonned towns around the power plant.

5 years after the catastrophe, the container zone is only of 10 km around the power plant. The radioactive emissions are now not so high, and getting that close isn’t dangerous as long as you only pass. What does it look like? It is empty. Houses with no lights, cars parked with overgrown vegetation eating them slowly, metal barriers forbid the access to every house and closed business. Clearly people had to leave in a rush, with no chance of coming back to pick up their belongings. I ask… what happened to the people with a mortgage and no more house to live in? Did they get a new house somewhere else? Did their mortgage get wiped? Yuji doesn’t know. At his gym, some climbers come from Fukushima.

Around the 10 km exclusion zone, people have been allowed to come back… but most houses seem still empty. It must be such a hard decision to take, whether to come back or not.

Seeing Fukushima raises more questions, I begin to put myself in peoples’ lives. It must have been so hard… But this part, I have heard about it a lot, it has been all over the news. My mental picture of it was more or less accurate, it only gets more vivid now.

The less remembered part of the story is the tsunami. Japan is a country very used to catastrophies: seisms, tsunami, erruptions, typhoons… The people live with this constant danger, they have been educated to it. We arrive at the sea side before crossing to the island. And the sea side , 5 years after, is still far from rebuilt. In the little port where we will take a boat, you look at an old aerial photography, and 500meters from the coast line, not a single building on the photo is standing now. Lucy, the translator who accompanies us, is an American who has been leaving in Japan for decades now. She tells me, not the Japanese people. If I ask questions, they will answer. But they won’t tell me by themselves. The Japanese people are ready; after an earthquake, they knew there could be a tsunami. And when the water withdrew, they knew it was coming. So everyone went up, in hills, shelters built for that exact purpose… But the wave was bigger. Even the concrete barriers, built on purpose to stop tsunamis, didn’t suffice. In Ayukawa , the closer city, 1 people out of 10 is dead. The damages in Sendai where enourmous.

Why do I tell you all about this? We have all heard it.

time to present you: the climbers team as it should have been: Toru, James, Caro and Yuji... except Yuji tore his LCL one week before we arrived!!! 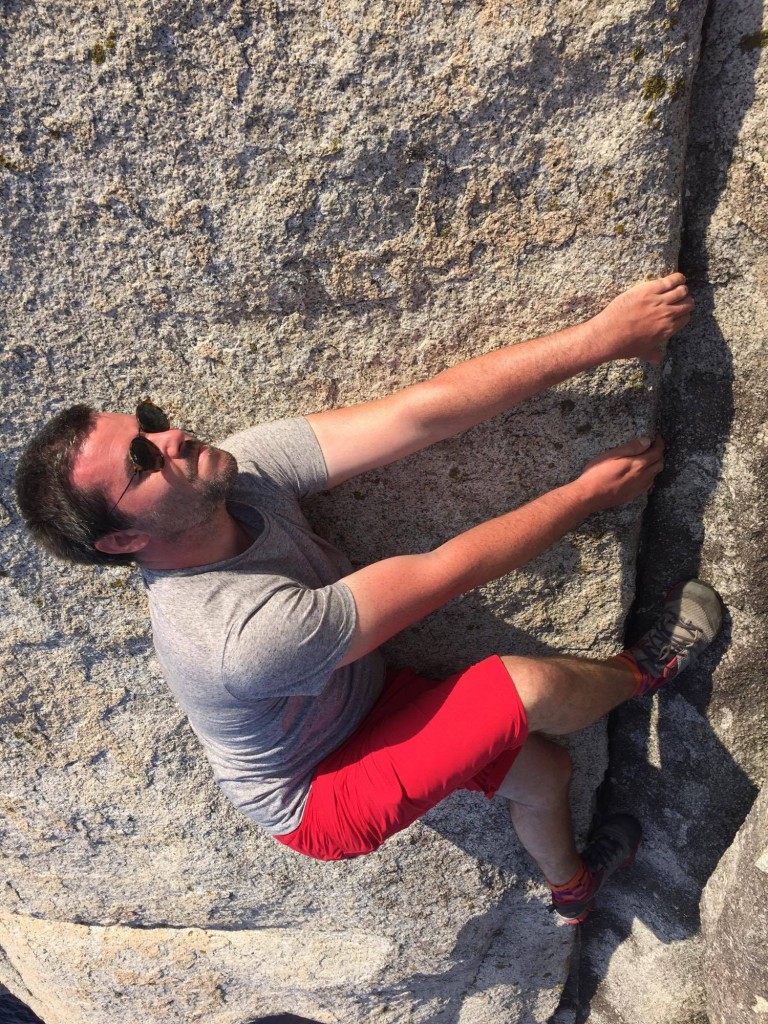 Dangerous Dave... on paper, our North Face boss, but he is on holidays, and has transformed into dangerous Dave:)

Why? Because what is interesting is what people did with their lives after. Mama is one of the Japanese accompanying us. She is the “chef” of the sendai climbers, and has created an association, “first ascent”. As far as I understand, the idea behind first ascent is centrally based around reconstruction and climbing developpement as a “recovery” method. SO what about Kinkasan?

Kinkasan didn’t get forgotten by the earthquake and the tsunami. Kinkasan , of a 26km conference, has been a sacred place for a very long time. No houses allowed there, but the shrine. You can walk around the island in 2 days. But you can’t bring back even a grain of Sand. It is all sacred. The Shrine on it is 1300 years old. And luckily, it was high enough to be preserved. But the little harbour, the single road that was going between the temple and the light house, that is all gone. Kinkasan’s harbor had to be rebuilt, by 8000 volunteers, Mama included. And then came the idea: Kinkasan is a natural park, where only 2 monks live permanently today. And it has all this granite cliffs. The idea is to make Kinkasan famous, but not how it used to be: it is a new idea, come from the wildness that has befallen on the island since the road disappeared. What about making a climber’s heaven here!

This is where we come. Where Yuji actually came first. Japan wants the world to marvel at it again. Let’s forget Fukusima. There is a whole country behind that single sad story, and in that country, there is untouched granite with perfect cracks. Japan could be a trad world for climbers.

all beautiful images are to be credited to Eddie Gianelloni, of course!
Related Projects 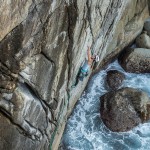