Who knows where it all starts?  And don’t even ask me where it will all lead.  I’ve never been a good one for long term plans and specific goals, and I usually crumble under my own pressure before getting anywhere near the end.  I guess this is why I’ve not mentioned anything about this project before, perhaps I felt by not talking about it, it didn’t really exist.  Work and preparation were still going on behind the scenes, but in a rather abstract way, and it was easy enough to believe it was all part of the daily grind.

It was Caroline who first suggested going back to try Rhapsody, more than one year ago.  I dismissed her as crazy, and explained all the reasons I didn’t want to climb the route, and left it at that.  So did she, as by now Caro has worked out the best way to change my mind, is to plant the seed, and let it grow.  Ok, there were a few times she had to water it, casually bringing the subject back up in conversation, yet at that point I still couldn’t understand why?  Why was she being such a pain in the ass?  Why was she interested in that route? 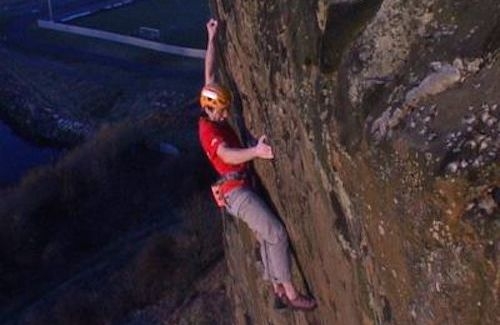 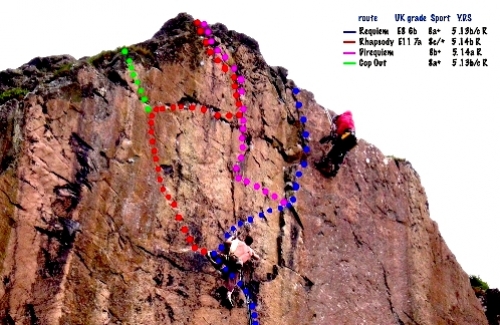 Caroline knows me better than I know my self!  It’s true, and bloody annoying!  I’ve all but given up arguing with her, but sometimes it works out for the best.  During the last 6 years I’ve been on quite a roler-coaster ride.  There have been good times, and bad, and fortunately now things are great again.  I look back at all the bad decisions I made in the past, and have come to accept them for what they were.  Those decisions cost me a lot, but they taught me even more, and I wouldn’t be where I am today without them.  They are part of who I am, and part of whatever I will become.

The world seems a lot bigger than when I was small, and the important things back then now seem rather trivial.  I have moved on a lot; mind, body and soul, and as far far as I was concerned I was happy.  Caroline however could see differently, she could see past the smiles, see past the façade, and new there was still something stuck.  To her the obvious answer was Rhapsody – a route that I had tried just before leaving the UK, had failed on, and to make matters worse had openly criticized rather than accepting defeat.  It was a chumps move, the act of an arrogant immature kid, but the past is the past and there is no way I can take that back.

I couldn’t take it back, but perhaps I could do something to make up for it?  A gesture of good will, or perhaps even a peace offering to the UK climbing community?  Call it what you will – going back to try Rhapsody seriously, to give it my all, and accept whatever may come seemed like something I needed to do. 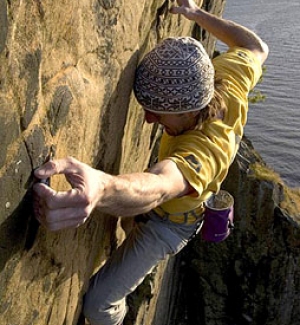 Dave crimping tiny edges on one of his many lead attempts, and the gorgeous background at sunset…

So here we are several months later, enjoying life in sunny Dumbarton.  We’ve set aside a few weeks to try the route, and I’m actually quite looking forward to the process.  It’s been a good while since I have tried a really hard route, certainly a Trad route where there is more to any fall than just slumping on the bolts, so I’m interested to see what happens.  Going on a piece of rock and not being able to climb a single move is such a different prospect to starting off on a relatively easy On-sight/Flash.  It’s both more and less intimidating, depending mainly on where your experience lies.  The problem is I don’t know which camp I belong to anymore!

The last few months of training in France have left me pretty fit, and I felt good on the few hard routes I tied over the last weeks with Yuji.  However Rhapsody is hard, it’s really hard in fact, and a giant step up from any Trad route I have done before. 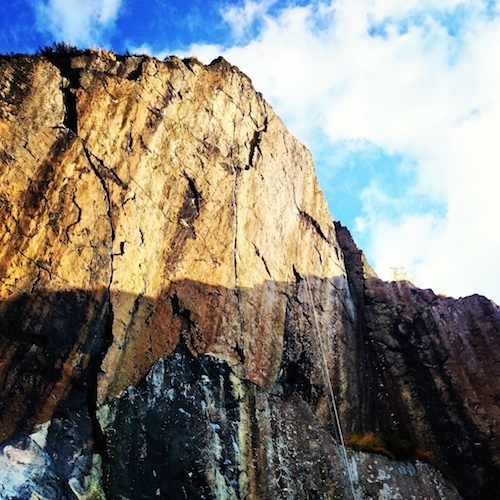 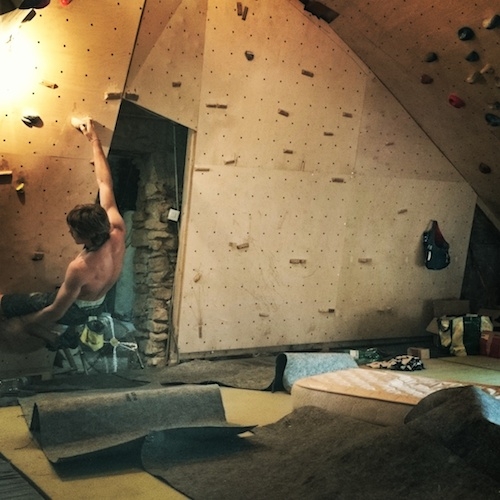 The real deal, and the preparation!  Will it be good enough, only time will tell…

One important thing Caroline has taught me is that success and failure are not the only ways to measure oneself. Sure I want to climb the route, but whatever happens, I know I’m going to learn a lot… and drink a lot of Irn Bru! 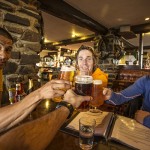 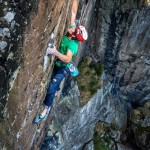