Odyssey,  fears and joys, my discovery of the trad climbing spirit.

I happened to come on board of the odyssey trip because James was going… and he needed a belayer J. I certainly had proved I had a bit of endurance in sport climbing, but gear placing was a skill I definitely didn’t master. I came on board with enthusiasm, as this two weeks would be a great occasion to learn the alphabet of a trad climber, one of my goals for this year. What I didn’t realize was that I was about to be proposed types of rock I had never heard of, and the most famous routes of UK, with the best guides you could think about: James and Hazel. I was about to be immerged into the trad world, what a strange world! 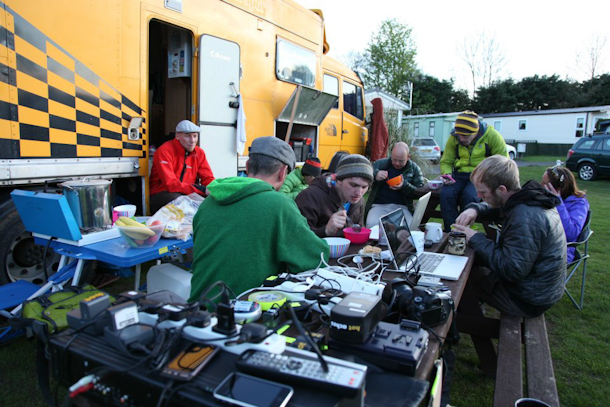 First third of the trip gone, we climbed on sandstone, quartzite of a seacliff , slate. Every day I am amazed by the texture of the rock and how it feels. I am amazed by about everything we do, and how we do it. I am trying to understand the British trad climbing spirit, and Yes, I did say “British”, because from the very little I know about Trad in Europe, I have the feeling british people have pushed trad in a unique direction:

Today at the slates quaries, I realized that there was maybe nowhere else in the world than England to propose such weird climbing on such  weird rock: yes, that’s the rock people use for the roofs: black, zero friction, sharp arêtes, and most unusual for me: slabs!!!!

Slabs? What a strange idea… at home, I never, ever go on slabs to climb. Once per year, I force myself to have a day at the very old fashion “St Victoire”. It feels as pleasant as having a medicine, but I endure it for the sake of technique. This is where climbing started, but nobody ever goes there anymore, apart for the easy routes. Slab is just out of fashion in France. But in here, the new generation does seem to have followed a different path: trad slab climbing.

A second unique aspect is that climbers have applied  the trad spirit here, even when it’s been bolted: commitment, and heritage are the words…In fact, just the differences between a french sport guide book and an english trad guide book tells you that you entered a different game : 10 lines to explain where the route goes (of course you couldn’t follow the bolts to know where to go, as you simply do elsewhere). Then the language: Serious” must be read “dangerous”, “bold” stands for “you could die here”. Finally, each route in the guide books is described by its first ascentionnists. It took me a while to understand why here the kids refer a lot to “Johnny Dawes” and other hero of 30 years ago, whereas in France, country of sport climbing, the old heros are forgotten. I think it’s simple after all: over the years, sport climbing has improved a lot, as the training tools and knowledge have improved. So what people made back in the day doesn’t seem so impressive anymore. Whereas Trad climbing requires a good sport climbing level, but as well a massive commitment. And this last part can’t really improve so much: nobody wants to die, do they? As a result, Dawes of Perception, E7 6c with its only bolt at half height, seems to me today as an insane challenge. Even if you succeed to reach Johnny’s slab technique, you still have to have the guts to dare try.

Being a sport climber is playing an innocent game that involves just trying as hard as you can to do moves, and link them. You fall? You play again. Trad climbing, as I got it presented by James, is something else. I first thought people had to be idiot to play with their lives for a bit of rock. I have still not quite sorted things, but my first taste of engagement above a gear made me discover some strange and fun feelings. Sure there is a little tickle I will have to explore more. On the other side, I have heard stories that really freak me: McCaffie’s 2 hours of loneliness, teetering between life and death  whilst stranded on an onsight attempt for example!!!  I still don’t quite understand either why James (my James)decided two days ago to try to onsight an E8 that was obviously not protectable: on sight, you could so easily mistake on the method… and then what?

But I am trying, really trying to understand, I hope I will finish this trip with a little idea of the what and why of you dear English trad climbing. Because I know James, he is not a crazy head, far away, and he loves life way too much to risk dying. So there has to be a why, I just have to keep looking. 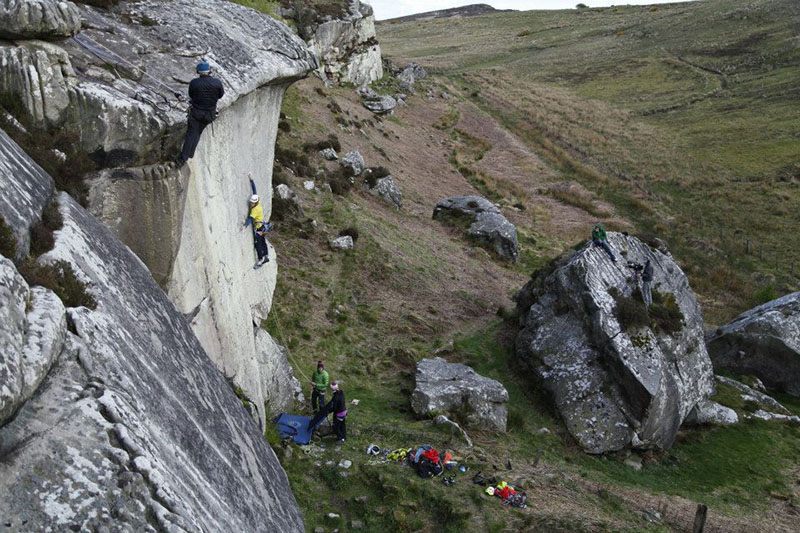 After the last days of the trip, I began to try and settle those thousand thoughts in my head. Danger, stupidity, courage, the lines between those words are getting finer and finer. So much that I can’t even tell anymore what is a risk, what is safe. Those two week have confused me, shaken my certainties, I can’t even tell any more what is safe and what is idiot, like I used to know. But I know one thing, I want to trad climb again!

And in the depth of my brain, I had those thought waiting to be cleared:

Little thoughts about sport climbers loosing themselves in the trad world.

After nearly two weeks of trad, I am starting to understand a strange and certainly slightly disturbing thing. I realized that as a sport climber, it is finally very tempting, and very easy to be a full, relay on protections you shouldn’t be happy with, tell yourself “it will be ok”, in short, lying to yourself and putting you in danger. At the opposite, English climbers have developed a great skill at placing nuts and cams in little shitty holes, with just the only exact position that makes it trustable. At least, watching Hazel and James, I felt like the both know exactly what they are doing, and are perfectly aware of how much they can trust each protection. Which I don’t. I have no exact idea of how good is a nut I placed, and it is very tempting to just tell yourself “it will be all right”. As a result, I did commit into moves I shouldn’t have dared try, and I got lucky enough to not fall. And I would never consider myself as an adventurous girl. So I can really picture strong sport climbers coming to England, getting some big ticks done, with most likely bad gears. Because they are here for a week or two, they get away with just a little bit of luck. And they are impressive. But put them trad climbing for two years on the British island… maybe you would get a big tick list, maybe you would get a dead idiot!

What I mean is, I respect much more the trad climber who is courageous but aware of what he is doing, safe in his choices, alive in short, than the crazy climber that takes risks without realizing it, maybe succeeding to tick big, as long as he is lucky enough to not fall. I have a big respect to James and Hazel, who, indeed, are part of the first category! 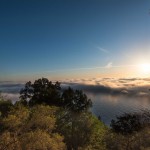 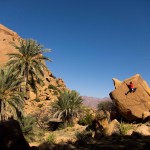