When putting together a project on the other side of the world, there is always a certain amount of educated guess work.  You try to plan as much as you can, but after a point you just have to jump in the water and see how it goes.

We came to the Philippines with the idea of making a Sea Kayak/Deep Water Solo Expedition.  We had dreams of living simply, paddling along the coast and between the islands, climbing where we wanted and spending starry nights sleeping on the beach.  As the first half of our project comes to an end, we can confirm that this “dream” is possible, however depending on your goals, it might not be the most practical way to do things here.

Sea Kayaking around the Bacuit Bay is feasible for most active people.  There are rarely any open water crossings of more than a few KM, and there are many small beaches where you can happily pull up your Kayak and sleep for the night.  However, its when you start to combine Climbing with Kayaking that the problems arise, and when you try to combine serious, high level climbing with a multiday Kayak trip, things become very tricky indeed. 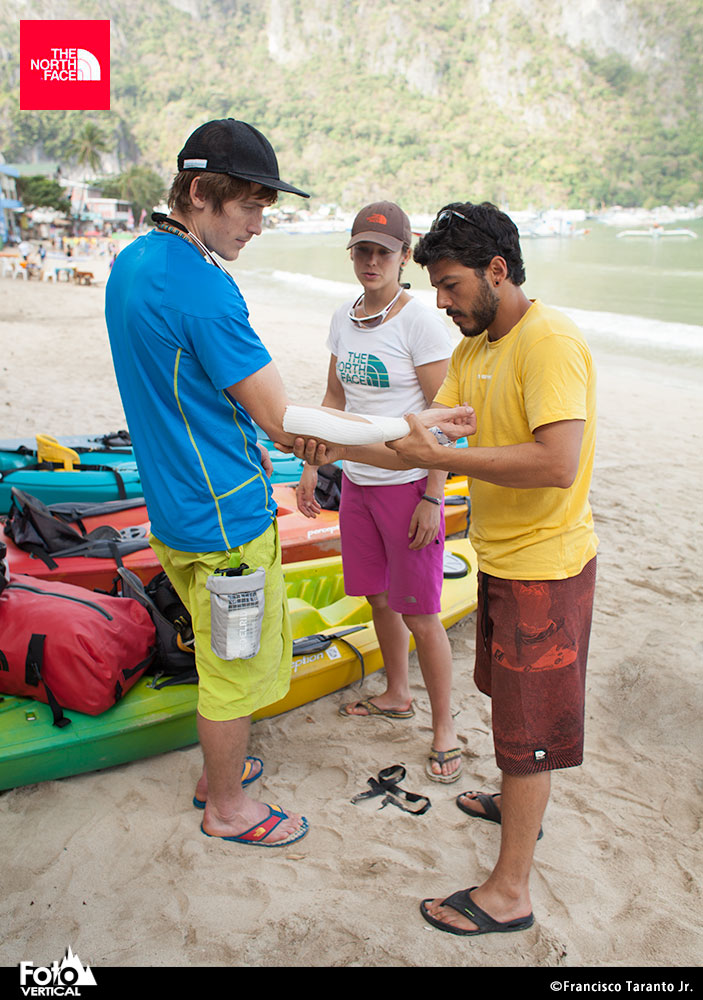 The fist, perhaps most obvious issue is that Kayaking is tiring, especially when battling against the waves and currents that often flow between the islands.  After our first 4 days out on the water we were destroyed, with both Caroline and I suffering from injuries in our wrists.  Boo Hooo!

Secondly, Kayaking is wet, really wet!  With DWS there is always a part of the day spent in the water, but vastly more time in the dry, either on the cliff top or drying out in caves.  Here there are no cliff tops, and very few caves, and by spending all day sitting in the Kayaks, your shoes never dry, your chalk turns to mush, and your skin becomes so soft it cuts at the slightest touch!  Boooo Hoooooooo!!

Thirdly, there is not much storage room in a sit on top Kayak, and by the time you have packed in all the gear for climbing and sleeping, there is not much space left for water and food. Three to four days of autonomy are realistic, but more than that and you are going to be on short rations. Booooo Hooooo Hoooooooo!!!

Lastly, have you ever tried filming from a moving Kayak? It’s not the easiest thing in the world! With a steadicam it might be feasible, but I don’t know any photographer who would be happy to use technical friction/balance dependent equipment like that in an environment where any moment you could be covered by a wave. Then you have the camera itself where both the electronics and optics don’t play well with water or salt. In an attempt to solve this problem, Francisco had brought along a diving case for his SLR, which gives amazing images underwater, but sadly results in dull, lifeless, blotchy images when shooting anything above! Booooooooooo Hoooooooooooooo Hoooooooooooooooooo!!!! 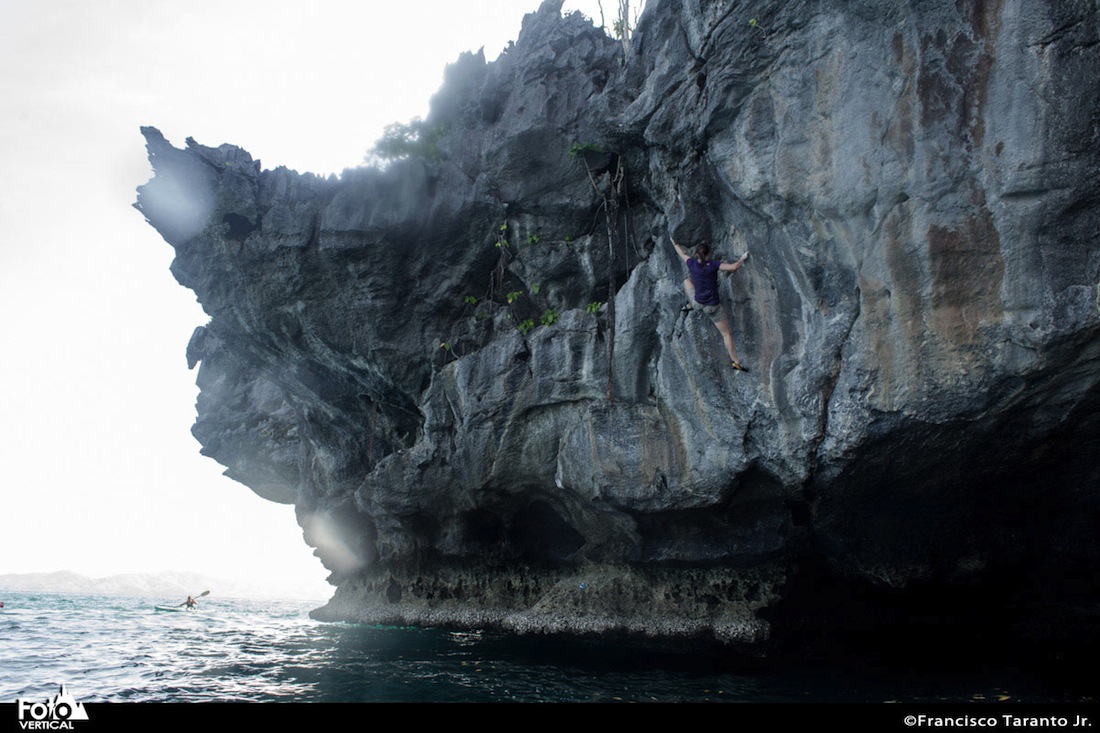 If we wanted to make the most of the climbing here, it was obvious we needed to change our plans. We started to ask around to find another solution, and to our surprise discovered that you could hire a boat for the day, for only a little more than the cost of our Kayaks. Whilst this is undeniably not as romantic as the idea of paddling for yourself, it is infinitely more practical and allowed us to explore the true potential of the area.

With the local knowledge of the Captain and the speed of the boat, we were able to scout far and wide discovering the best cliffs (of which there are many) that El Nido has to offer. The boat also gave us a stable/dry place to store all our gear and food, and dry off between climbing attempts. It was quite amazing the difference in efficiency the boat provided; where before we struggled to climb 1 or 2 new routes in a day, we were now doing up to 10! 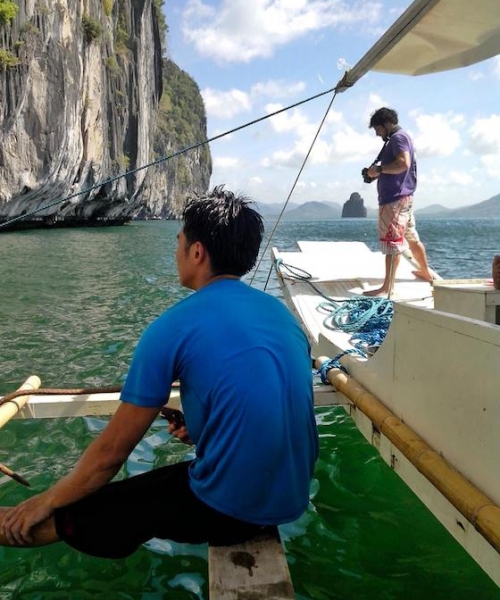 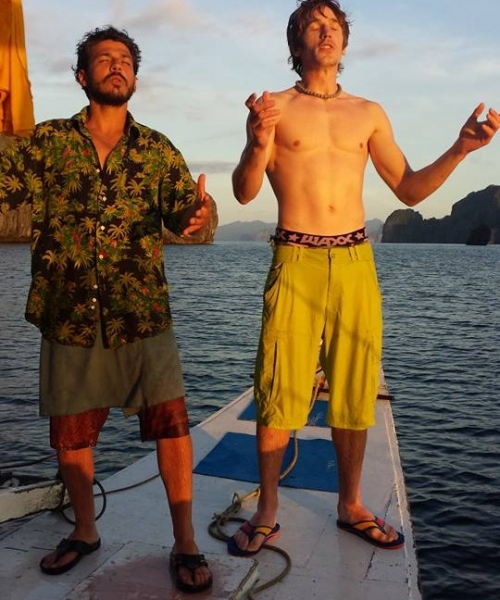 Thankfully not all of our dreams were lost, and we could still spend multiple nights sleeping on the beaches, cooking freshly caught fish over an open fire. Thanks to our solar kit from Goal Zero, we were also able to keep our various batteries charged, allowing us to shoot, edit, and even post updates directly from the field.

The rock here is always spectacular to look at, and although a lot of it is unbelievably sharp (the spiky black slabs) there is also a lot of compact overhanging white and grey walls, often covered in pockets and stalactites. I’m really happy to be able to share some of the photos of our new routes with you, and hope they motivate other climbers to come and continue the exploration of this magical place. 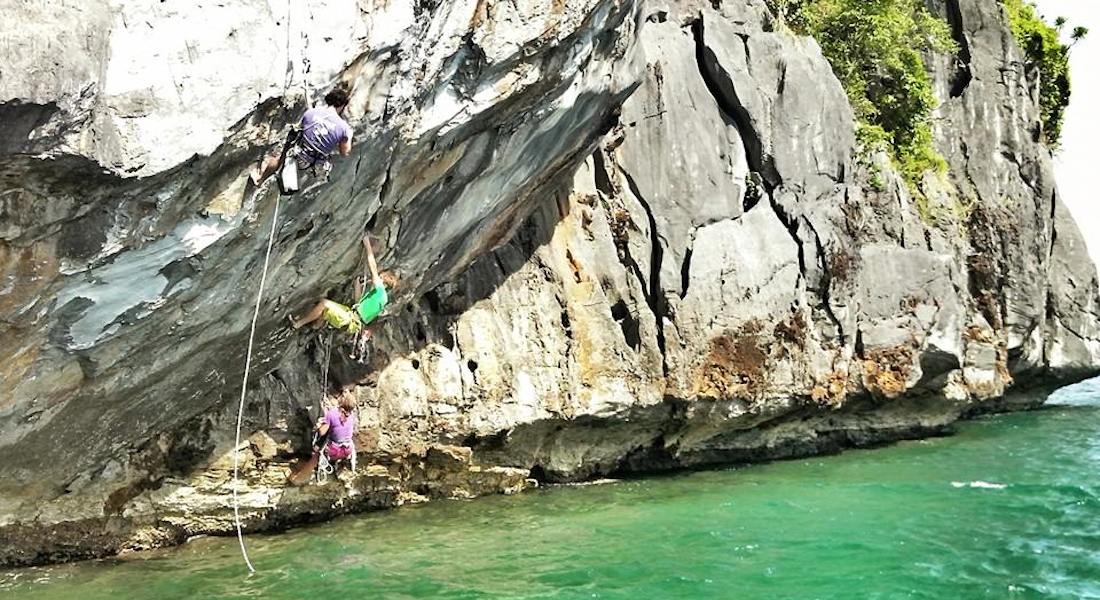 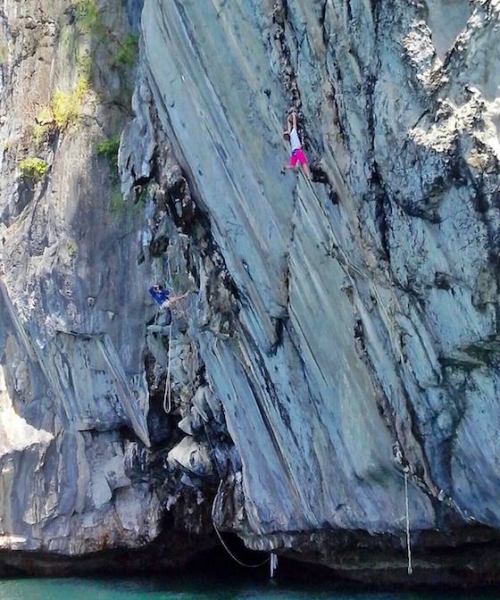 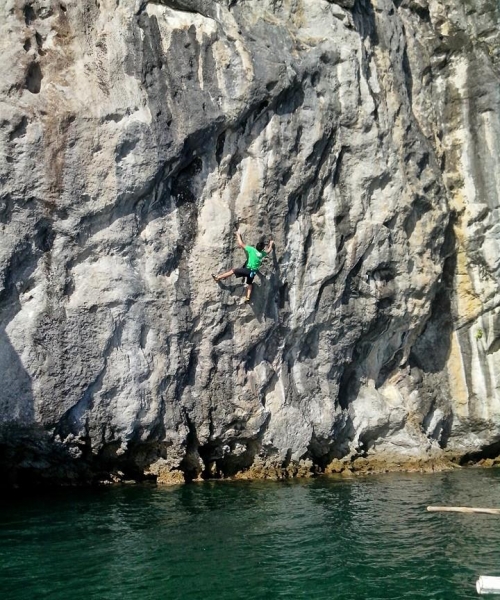 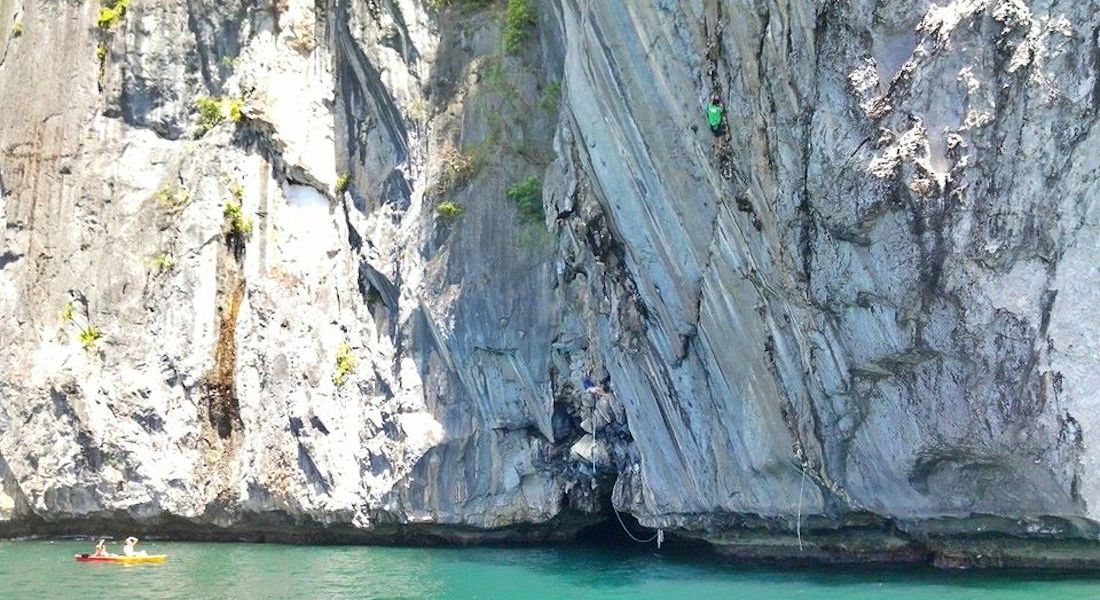 Sharing this experience with Miel has been one of the most enjoyable aspects of the trip so far. Watching him learn from us about the sport of DWS and grow as a climber has been rewarding, but we have also learnt a lot from him, and his approach and motivations for the sport.

Tomorrow we will leave El Nido for the island of Coron, 7 hours to the North. The boat journey to get there is notoriously uncomfortable, but we are all excited to arrive and begin discovering another part of paradise. 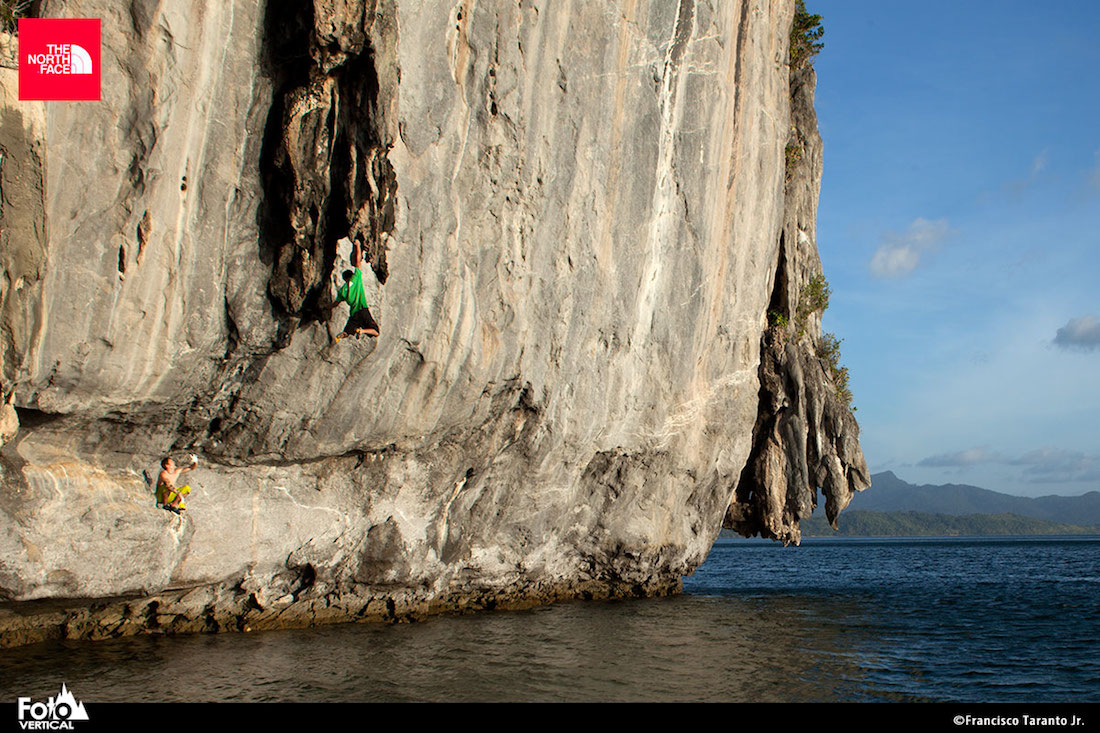