Before heading to our big adventure in Philippines,

we got invited to Japan by Yuji and North Face Asia to a Japaniees trip…Who would say no to such an invitation.It was for a bouldering competition, and despite all my motivation, I could only access the finals. I have to admit that dynos and finger strength have never been my forte, and japanese climbers are strong. Very strong.

Akiyo Noguchi  won, she was going to be one of our companions for a 7 days trip on the rock after the competition, and I was very impressed, again, by her qualities as a comp climber. She handles pressure, that’s the least you could say!

For sure the gym, Yuji’s climbing gym, is something you won’t see in Europe. Good structure of course, but the difference is in the crowd. 12 staff members, a lot of clients, and so many strong climbers. They are thin, they have strong fingers, and they jump so well. The asian body is definitely designed for climbing. An other Japanese trait that could explain the level, might be in the discipline, the focus of Japanese people. I got told about lots of climbers who did entirely focus on the boulder they are trying, for one, or even several years.Warming up, attempts, every outdoor day is dedicated to the goal. Once they reach the goal, they move onto a new one. WOW. 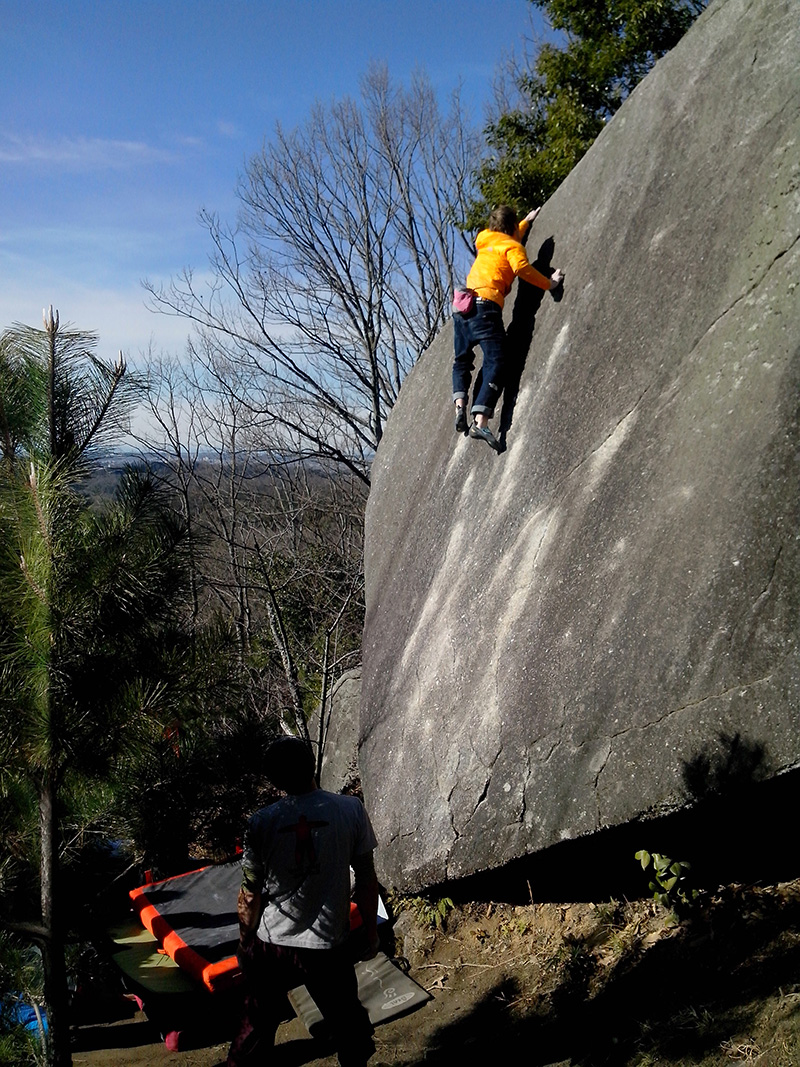 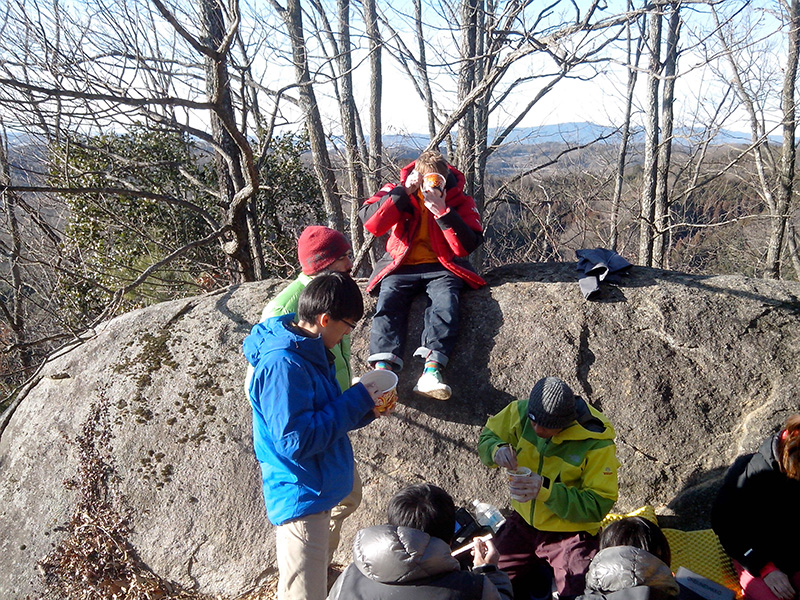 noodle time at the crag

We got to taste the real Sushi, James fell in love with Sashimi (I didn’t), as well as Japanese curry, noodles, ramen, and the very typical modern “convenient stores, where you buy your noodles or your rice ball for the pack lunch at the crag. 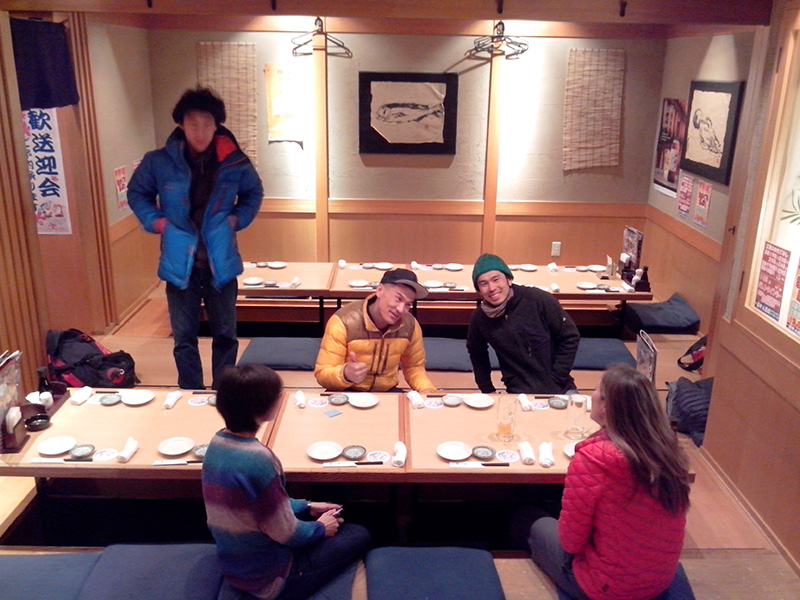 Most unique, we got to understand a bit more about a country that doesn’t stop surprising me: between the traditional values of respect, job done to the perfection, and calm, you see pointing modernity, everyone connected to his phone any minute of the day, the ultra crowded Tokyo, the reject of nuclar electricity… Nowhere in the world have I ever found a similar country, so much in advance, so modern, so respectful at the same time. 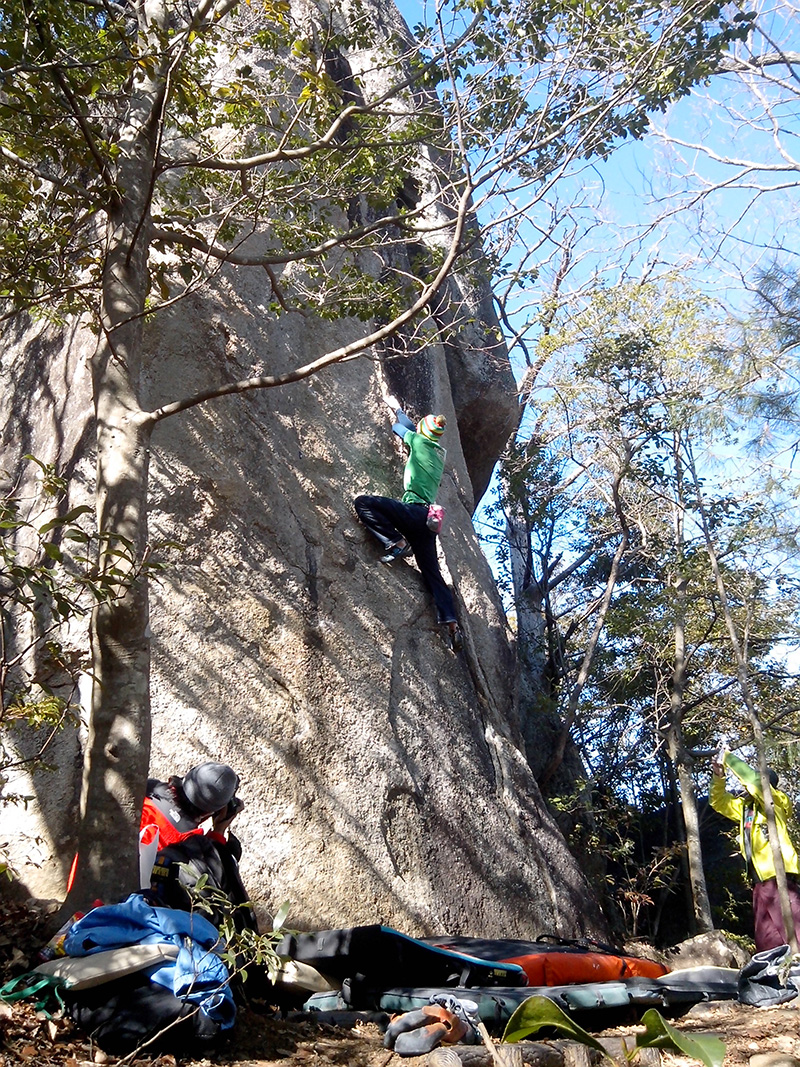 Japan is a place we have barely touched, a place I hope to discover more in the future… to be continued… 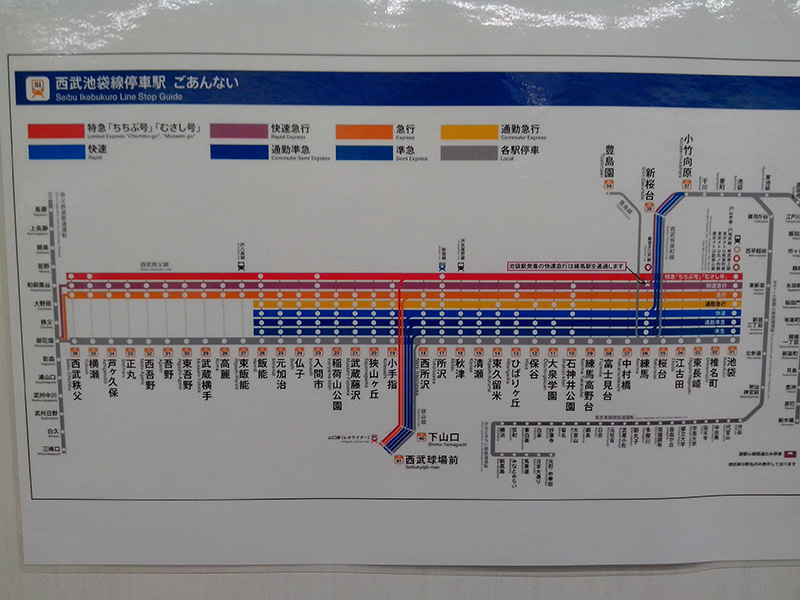 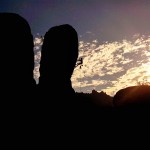 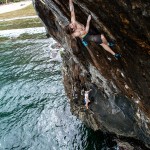